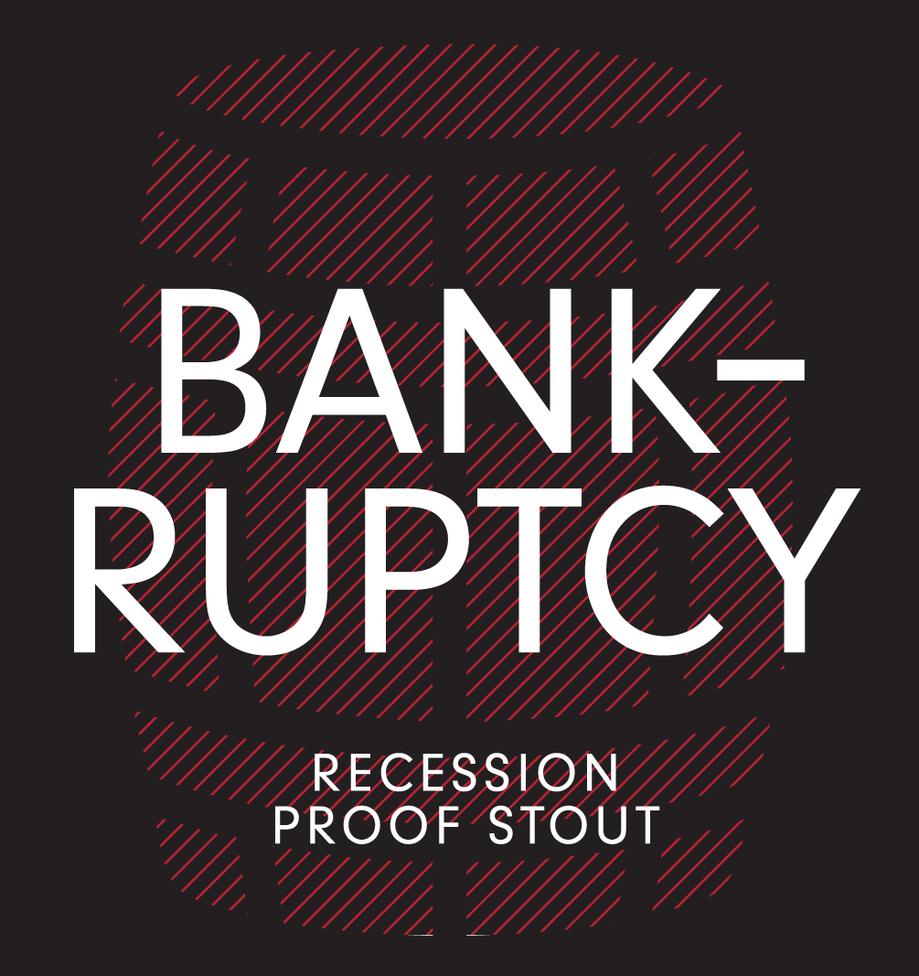 To those of you that have made it out to the brewery recently, or follow us on social media – you have noticed that we have acquired some whiskey barrels over this past year. We have had many questions about the story behind these barrels – where did you get them? How did you come across them? Will you sell me one? So we thought we’d write up this blog post to tell you about the background behind these barrels. And yes contact us if you would like to purchase a previously used barrel, there will come a time when we are done with using them for beer production.

It all started one day when our owner Jason Markkula was on a return trip from Montana. On the way, he saw a sign mentioning a distillery tour at Wyoming Whiskey in Kirby, WY. Naturally, he was very interested and decided to make a slight detour to check the place out. Upon arrival, Jason sees a sign at the distillery that says “buy our barrels, sign up here” – so he signed up thinking it would be a great addition to the brewery. It turned out that the timing of a distillery tour didn’t line up for when Jason was there, so he found a sign-up sheet and wrote down he wanted 20 barrels, bought a bottle of whiskey then continued on his way.

About a year and 1/2 later, Jason gets a phone call from a lady at Wyoming Whiskey. She said:  “your barrel is ready”.  Jason was confused as it has been some time since he was on that trip and signed up for the barrels. He asked for clarification, to which she responded: “You signed up for a whiskey barrel, we have it ready for you to pick up.” Jason explains to her that he lives in Minnesota and there is no way he’s driving all the way out to Wyoming for 1 barrel. He went on to explain to her that he signed up for 20 barrels. She calmly says that she what she can do and will get back to him.

Jason received a call back later and  she says that he can have up to 10 barrels and they are immediately ready for him to pick them up. Jason agrees and says he’ll be there tomorrow. He attaches a trailer, hops in the truck and drives 14 hours out to Wyoming Whiskey to pick up the barrels. After a short rest in a parking lot he arrives at Wyoming Whiskey Co, 7AM. Whiskey barrels fresh from being emptied hours before the whiskey starting to pool on the bottom of the barrels. Jason knew he made the right call to not delay.

We have done a lot with those 15 barrels since arriving at the brewery in Hendricks. We’ve shared a few of them with our friends over at Wood Grain brewery in Sioux Falls, SD, and with Brau Brothers Brewing out of Marshall, MN. We kept 9 of them for our own barrel program and we have used them in our recession series of beers – Bankruptcy, Foreclosure, Default and soon to be released, Overdraft. 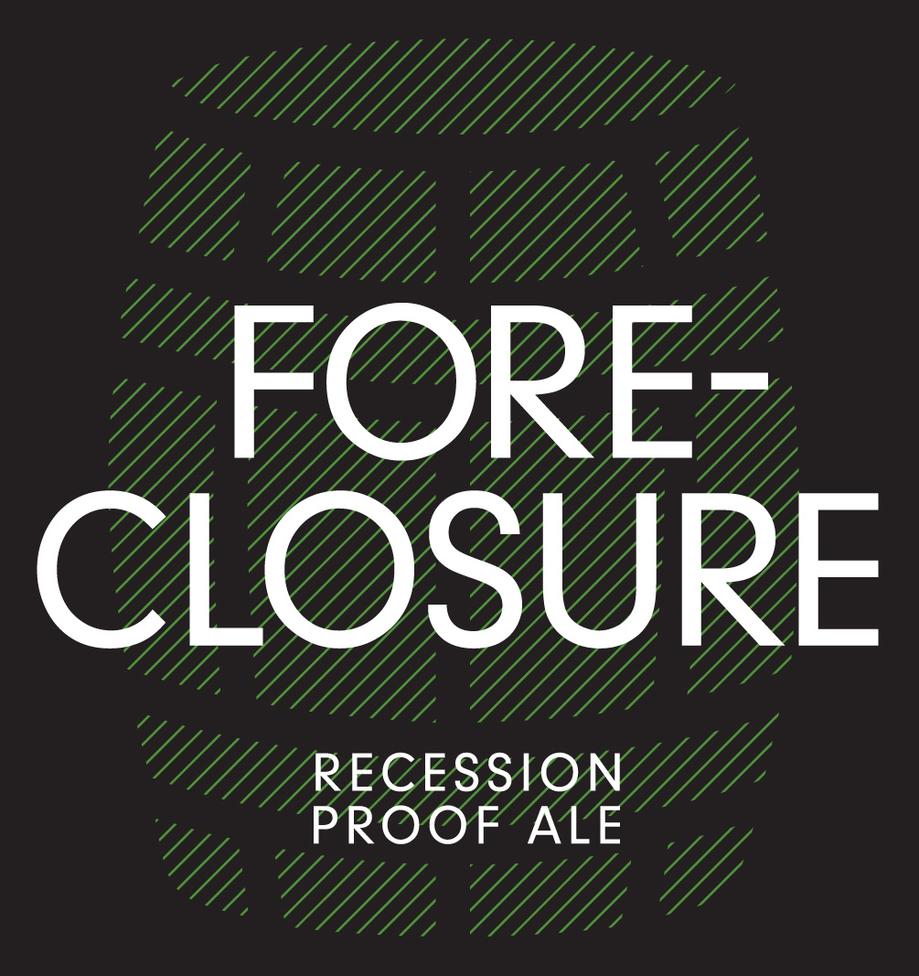 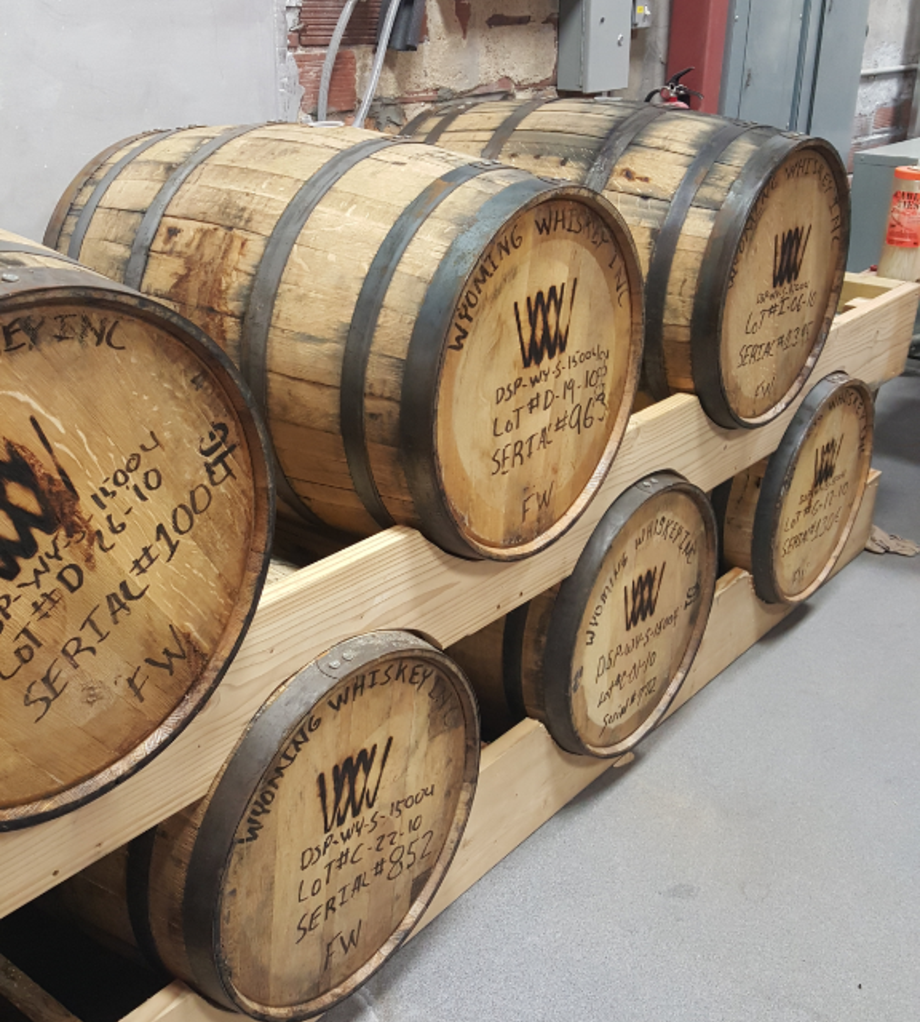 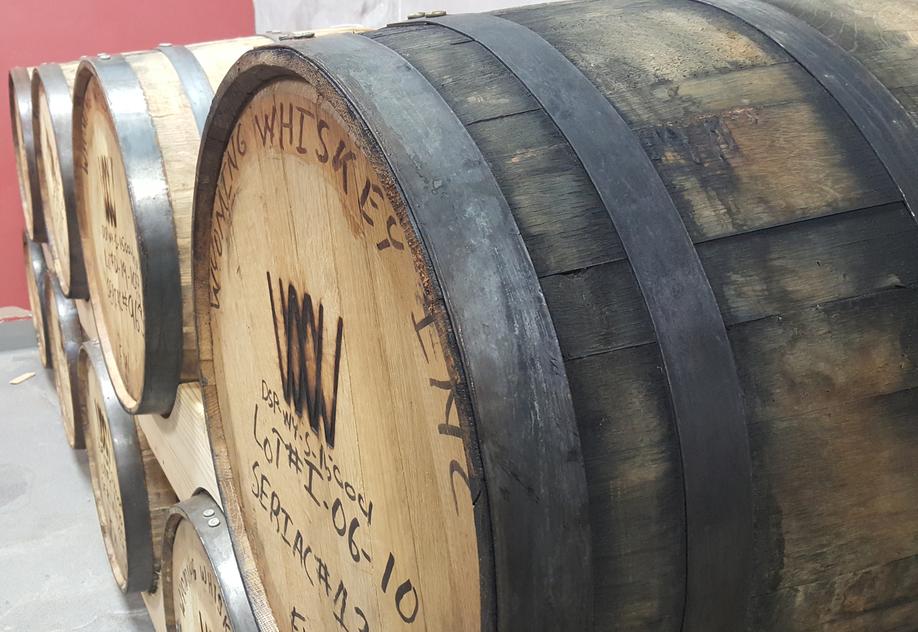